Free Shipping when you spend $40+

IGL Nails celebrates Juneteenth every year with a special designed press-on nail set. However many people may not know what Juneteenth is. Below is the History Channels explanation of what this holiday means and how it finally became a federal holiday more than century later.

Juneteenth (short for “June Nineteenth”) marks the day when federal troops arrived in Galveston, Texas in 1865 to take control of the state and ensure that all enslaved people be freed. The troops’ arrival came a full two and a half years after the signing of the Emancipation Proclamation. Juneteenth honors the end to slavery in the United States and is considered the longest-running African American holiday. On June 17, 2021, it officially became a federal holiday.

Confederate General Robert E. Lee had surrendered at Appomattox Court House two months earlier in Virginia, but slavery had remained relatively unaffected in Texas—until U.S. General Gordon Granger stood on Texas soil and read General Orders No. 3: “The people of Texas are informed that, in accordance with a proclamation from the Executive of the United States, all slaves are free.” 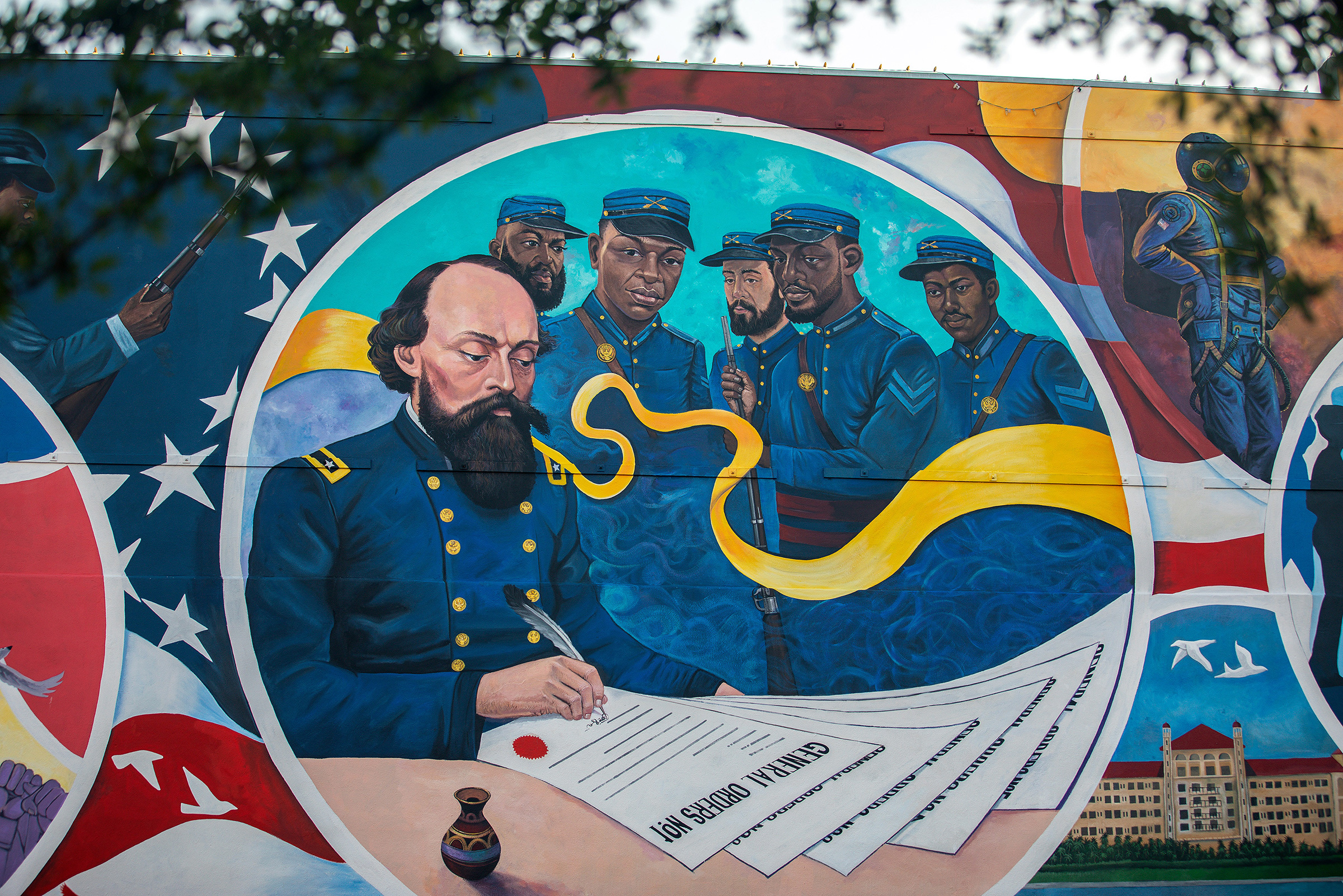 Join our newsletter to find out when new drops are added and when your favs are back in stock!